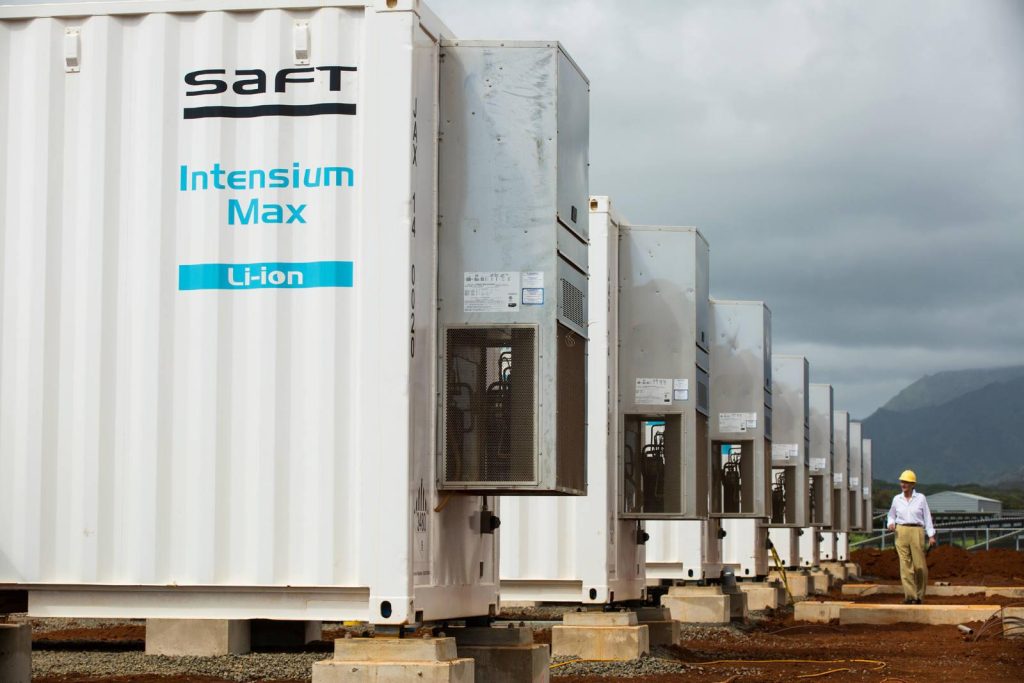 As we consider the fast-evolving battery energy stationary storage (BESS) market in recent months, two key stories have caught the market’s attention. Firstly, the increasingly strong legislative support from China, the US, and Europe is beginning to provide an ever more appealing market for BESS deployment. Secondly, the issue of safety. The recent fire at Tesla’s Victorian Big Battery Project has raised many questions on accountability and cell chemistry choice.

Globally, legislative support for BESS is increasing. In recent months we have witnessed announcements from China, the US and Europe that will all provide direct support and remove some of the current barriers for BESS.These barriers have created an insecure environment for businesses and consequently hindered investment in storage technologies in recent years.

In July, China released its first national energy storage target of installing 30GW of new energy storage by 2025. Similarly, most provinces now require storage, with policies requiring one to two hours storage capacity at 5% – 20%of the maximum power of the renewable project. The real impact of this will be seen from 2022, with a growing list of projects announced. This includes a number of largescale projects over 1GWh required to support China’srenewable energy bases due to come online from 2023.

In North America, the grid scale market has seen strong growth this year, driven by several large-scale projects and good legislative support. Nine states have direct energy storage legislation in place, these vary in scale from Maine’s recently announced 400MW by 2030 to NewYork’s 3GW by 2030. Over half of the installed capacity is in California, supporting a number of solar farms and frequency control projects. The grid market is set to continue its strong growth with five projects with a capacity greater than 1GWh, and a further six at 0.8GWh already announced for 2023. In August it was announced that the standalone Investment Tax Credit (ITC) will be included in the Federal Budget Reconciliation Proposal. The bill will cover both commercial and residential energy storage installations. Purchasers will be eligible for a base credit rate of 6% or a bonus credit rate of 30%.

Growth in the European grid market is limited compared to the North American and Chinese markets, a result of the relatively small-scale projects in Europe. YTD eight large-scale projects have been installed at a combined capacity of 0.21GWh, compared to 1.5GWh in the US for the same number of projects. This is set to change in 2022, a result of the UK’s change in planning laws that now allow projects over 50MW, and the proposed revision of the European Energy Tax Directive (ETD) that will remove the double taxation issue. The 2003 European ETD classifies storage as both a consumer and distributor, resulting in taxation for both drawing and supplying power. The proposal will reclassify storage as a redistributor allowing for drawing and supplying with a single tax applied.Double charging regimes have previously been the major barrier to market entry in many European countries,including Germany. In 2022 the European grid market is set to see strong growth with over ten projects announced with greater than 50MWh capacity.

On 30 July, a fire broke out in a Tesla Megapack at the 300MW Neoen owned Victorian Big Battery Project, currently under construction in Australia. It took four days to be brought under control. Dealing with the fire was particularly difficult, due to both the nature of battery fires,which cannot be extinguished directly with water and the layout of the Megapacks that provided insufficient space for fire crews to easily manoeuvre between the batteries. Investigations have since found the cause of the battery to be an undetected coolant leak.

The fire is among 40 known fires within large-scale lithium-ion BESS in recent years, with the 2019 McMicken Battery Plant fire in Arizona leaving four seriously injured and the Beijing shopping mall battery fire leaving two dead and a third injured earlier this year. The majority of these 40 fires have happened in the last three years and the Victorian Big Battery fire has once again brought attention to the importance of safety at BESS sites. Cell chemistry has been central to this discussion with Maoneng, who is also building a battery in Victoria, subsequently announcing they will use LFP cells at the 480MWh Mornington BESS Project due to come online in late 2022.

This plays into the wider conversation of a shift to LFP in BESS. Earlier this year, Tesla announced it will use exclusively LFP cells in its Powerwall, Powerpack and Megapack products going forwards. They have since announced a new 40GWh Megapack factory that will significantly boost Tesla’s BESS production from 3GWh over the last 12 months.

Next year we will continue to see strong growth in the BESS market, with a number of large-scale grid projects in the pipeline, as well as increasingly strong support for the behind the meter market. Safety will remain to be a central issue, expanding the use of LFP as developers look to a market that is not accommodated by surplus electric vehicle batteries but driven by BESS use case.

Here, we examine the dynamics of a few large scale BESS projects that have recently been or are in the pipeline and due to be commissioned from our Battery Energy Stationary Storage Monthly Assessment.

In August, the first of 132 battery storage containers were installed at the Florida Power & Light (FPL) Manatee Energy Storage Centre, a 409MW/900MWh BESS project due to begin operation in late 2021. The project announced in March 2019 will be the largest solar-battery storage project in the world, charged by the existing nearby 74.5MW FPL Manatee Solar Energy Centre. FPL’s parent company NextEra Energy, through its renewable energy developer subsidiary NextEra Energy Resources, plans to build up to 14.4GW of new solar energy capacity and as much as 6.3GW of energy storage between now and 2024.

Siemens Smart Infrastructure and ZENOB have signed a letter of intent for the construction of a 100MW/200MWh battery in Wunsiedel, Germany. The battery is intended to use surplus renewable energy from the grid to cover demand peaks and will sit alongside Siemen’s 8.75MW green hydrogen production plant. The battery will be provided by Siemens’JV Fluence and will be among the largest battery projects in Europe upon completion in 2022.

In September, two large-scale renewable energy and energy storage projects entered construction in Inner Mongolia, China. The first project is developed by CGDG in Wutumeiren, Geermu. Here, 3GW of solar power and 300MW of thermal power will be built along with 1.04MWh/0.52MW of battery energy storage. The second project is developed by Power China in Wulanchabu. 3GW solar power and 1.7GW wind power will be built along with a 1.1GWh/0.55GW energy storage system. These join a growing list of projects with a capacity over 1GWh required to support China’s renewable energy bases, coming online from 2023.

Iola is Research Manager at Rho Motion working on electric vehicle, battery, charging and energy storage market analysis, and has been with the company since its inception. Previous experience includes a research internship with a Servomex working on paramagnetic sensors and spectroscopy gas analysis. Iola graduated with a First-Class Honours Master’s Degree in Geophysics from University College London, with a year spent at the University of California. During her studies she was awarded the Hollingworth Prize for academic excellence.