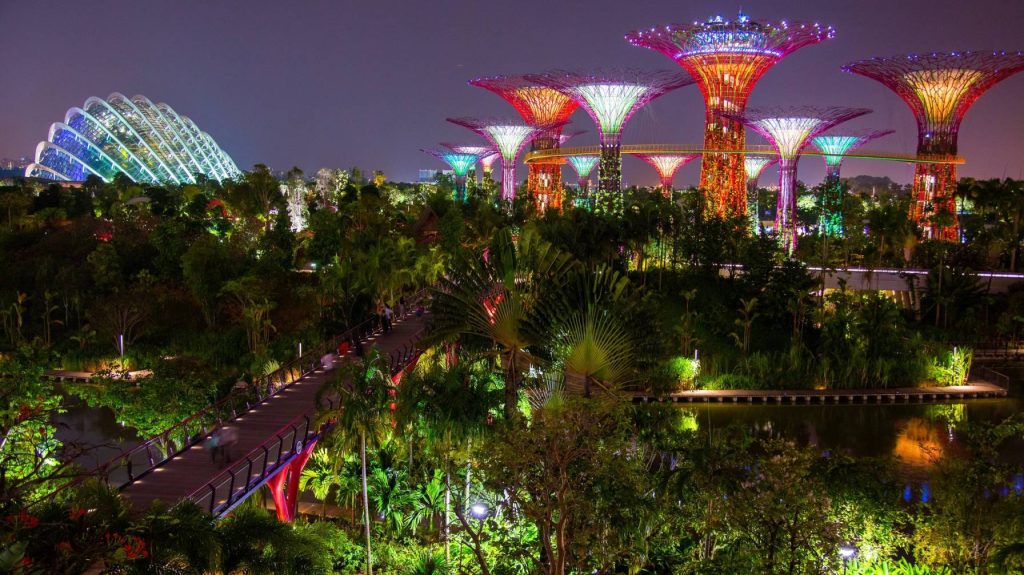 While Singapore’s recent announcement that the carbon tax was increasing fivefold understandably gained attention, the acceptance of carbon credits as payment could prove a key next stage in the evolution of these still nascent markets and help drive international investment in the sector.

Singapore’s carbon tax will rise from its current level of S$5/mtC0₂e up to S$25 in 2024 and 2025 before stepping up to S$45 in 2026 and 2027 before reaching S$50 by 2030. These increases provide strong price signals to the market and provide a clear incentive for Singaporean businesses and individuals to cut their emissions but the ability for companies to “surrender high quality international carbon credits to offset up to 5% of their taxable emissions from 2024” could have much wider ramifications.

Singapore is a small island which is heavily built-up leaving very little space for nature as well as having one of the highest emission levels per capita. As a result, the state is not a generator of carbon credits so can’t afford to be myopic and only allow domestically-generated credits as part of its new tax regime.

But while tax regimes are restricted to national borders, the climate crisis and the impact of carbon emissions is borderless. Singapore itself suffers when it is burning season in neighboring Indonesia, which lies just a few miles across the Straits. The smoke generated when subsistence farmers slash and burn forests to create land for agriculture is clearly visible and a stark reminder of the need for global cooperation if the climate crisis is to be tackled effectively.

By accepting high quality (a crucial element) international carbon credits, Singapore is opening up the options for financing regional offset projects, such as the protection of the rainforests in Indonesia, Myanmar and Papua New Guinea, which are some of the most biodiverse habitats on the planet as well as being vitally important carbon sinks.

Up until now, acceptance of carbon credits has been on a purely domestic level with Colombia’s adoption of its own credits having worked well to boost the reforestation industry in the country. But while Colombia’s model is working for them, the European Union took a completely different tack by last year reversing its decision to allow United Nations offsets for compliance in its Emission Trading System.

Singapore’s decision is therefore both a bold as well as pragmatic approach in looking outside of its borders with the associated price signals the tax rises will provide improving the economic model for the high-quality schemes that the Singaporean authorities will accept. The income will then be there to pay for those subsistence farmers to reskill as land and forest managers or eco-tourist rangers, improving the economic and environmental outlook for the whole region.

Allowing credits also has an added benefit of making the scheme much more efficient to run given the vast costs typically incurred by governments in ensuring the right taxes are paid. This helps carbon taxes mitigate against becoming like notable global charities where a huge portion of the income is spent on administration rather than supporting the causes they were set up to help.

This is crucial in the carbon world where effectively the schemes have one “crop” a year or one business event for the farmer or developer to live off per year. It is therefore essential that as much of that income is returned to the project itself.

AirCarbon Exchange, as the world’s first fully digital carbon exchange, can play a key role in the price discovery of these international high quality carbon schemes by providing a transparent, easy-to-use market place with minimal fees.

Singapore’s smart thinking can now validate the use case for carbon credits at an international level, generating the necessary investment in protecting existing natural habitats as well as the feedstock for the energy transition.

One small step by Singapore could be a huge leap forward in reducing the world’s carbon footprint.

This report was first published on www.aircarbon.co

Thom is an exchange architect with a combined 30 years of experience across US and Asian Exchange and Regulatory frameworks, with a focus on the development of Exchange traded Cleared Futures and OTC products. His experience in exchange architecture and strategic development includes: West Texas Intermediate Petroleum Advisory Board, LPG product development and trading; Henry Hub Natural Gas contract, -Chairman Natural Gas Advisory, launched Henry Hub contract 1991, LNG, LPG product development and trading traded as market maker and was Ring Chairman; BitGold, early adopter of the platform for purchase and payments based on physical gold holdings.